In his 1996 State of the Union address, President Clinton called on American schools to require uniforms to ensure the safety of school children. Although some schools complied with this suggestion, many schools felt this was too extreme of a measure and began to implement school dress codes. Unlike uniform policies, which specify what a student has to wear, school dress codes address what a student cannot wear. There are some reasons why dress codes are bad for students and staff alike.

Dress codes vary widely from district to district. Typical dress codes include a ban on a variety of things such as leggings, short skirts, t-shirts with vulgar language and bare midriffs.

When schools ban specific items like leggings or midriff-baring tops, it sends a negative message to both genders of the student body. Girls are sometimes told that their clothing is too distracting and boys can't pay attention. However, this kind of language is sexist and many anti-dress code advocates point out that it sends a message to the male student body that they are not solely responsible for their actions.

It should also be noted that while the policy may state that any student should be removed from class if said student violates the dress code, females typically have to leave class to go home and change whereas males may need to make minor adjustments. For example, a common item on the school dress code is no baggy pants or vulgar t-shirts. To fix the violation, a student merely has to pull up his pants or wear his t-shirt inside out. However, equally common is the ban on leggings. Female students are frequently sent home because to fix the violation, they have to change. Not only is this embarrassing, but it disrupts her education.

Unfortunately, school policies that enforce strict rules for what students should wear also tend to violate students' freedom of speech. As the ACLU points out, a landmark case dating all the way back to 1969 actually upholds a students' right to freedom of speech through what a student chooses to wear.

Many school dress codes try to limit the messages that students can send. For example, a school in Giles, Tennessee told a girl she could not wear a shirt with a pro-LGBT message on it as it might provoke other students and make her a target. However, limiting what students can say on their clothing is actually a violation of a student's right to free speech; frequently the American Civil Liberties Union will step in to help protect a students' rights.

Doesn't Apply to All Codes

Unfortunately, the idea that limiting what a student is allowed to wear, doesn't apply to all dress code rules. In Albuquerque, courts ruled that sagging jeans are not protected as part of freedom of speech because sagging jeans do not convey a particular message for a particular group but rather are a fashion statement. 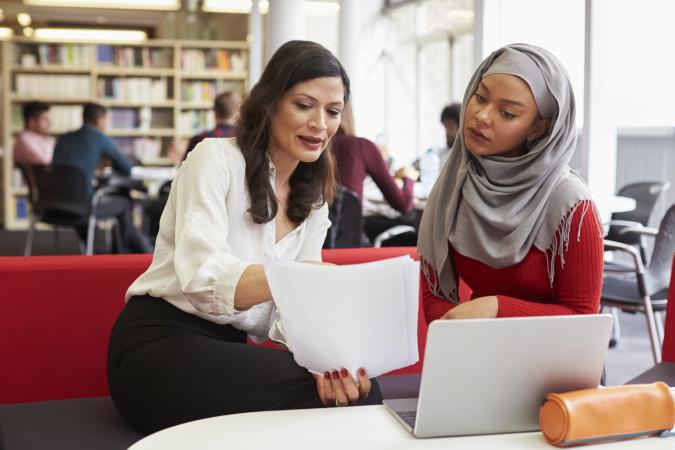 Tangible symbols of religious expression frequently don't comply with school dress codes. For example, several students have had to fight for their right to wear a pentagram, the symbol for the Wiccan religion, to school. Similarly, Nashala Hearn was suspended from school twice for wearing her hijab, with school officials claiming the hijab did not conform with dress code policy. While federal policy generally supports freedom of religious expression in all forms that doesn't necessarily translate to schools.

Individuals have a right to religious expression. However, many symbols of religious expression violate dress codes. This can put school officials in a difficult position. It also forces to students to fight for a right and frequently prove their religious affiliation.

The goal with many dress codes is to teach students to conform to acceptable workplace appearance. However, strict dress codes don't teach students to adapt their dress to different situations regarding school and work. Students may learn how to dress like everyone else, but they don't necessarily know how to adapt this knowledge for special occasions, like interviews, casual meetings, or how to dress appropriately outside of school and work. A sample dress code even claims to promote and respect the individuality of each student, but states that it stresses conformity to foster school pride. While there is limited research on the negative consequences of conformity, at the very least, it could be said conformity discourages creativity.

Dress codes are notoriously difficult to enforce, for a variety of reasons. Not only can they be subjective (ie what one teacher thinks is fine, another teacher thinks is a violation), but enforcement frequently has a way of upsetting both parents and students. While some schools can and do enforce dress codes successfully, more often than not, insisting on dress code policies pits school administrators, and parents and students against each other. This is particularly true if said policies violate the rights to freedom of speech or religious expression.

The Negatives Outweigh the Positives

From targeting and harming girls, to violating freedoms of religious expression, school dress codes can often do more harm than good. They frequently aren't followed, administration spends a lot of time and effort enforcing them, and when law suits are brought to court, the schools generally lose.