If you are looking for a few tips on awesome ways to ask out a girl or guy, teen expert and author Annie Fox is full of advice.

Awesome Ways to Ask Out a Girl or Guy

Annie Fox has been an online relationship advisor for the past 10 years. She has authored numerous books for teens including:

She has a new 5 book series called Going Your Own Way in Middle School and Beyond which comes out in the Fall of 2008.

Annie took some time to answer our questions on awesome ways to ask out a girl or guy, just in time for Homecoming.

Annie, what is your current interaction with teens?

I get a steady stream of email from girls and guys around the world asking about the boyfriend / girlfriend zone, problems with friends, issues with parents, etcetera.

Is it OK for a girl to ask a guy out or should she wait for the guy to ask her out?

Of course it's OK for a girl to ask a guy out. This is the 21st century! But like I tell guys, whenever you take a risk (especially with someone you don't know all that well) you risk rejection. That's the price for playing the dating game. That doesn't mean you shouldn't do it, but you'll increase your chances of getting a positive response if you take the time to get to know the guy BEFORE you ask him out.

If you just go with your gut "Oh my gosh, he's hot! I'm going to ask him out," he might say "yes." However you might find out that hotness isn't everything and he's not someone you actually enjoy being with. It's like shopping, in a way. If you take your time and really check out the options, you're more likely to choose something that's a good match for you and your values.

What are the most awesome ways to ask out a girl or guy? 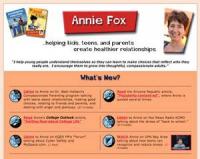 For someone to think the way you asked him (or her) out was "awesome", you've got to know the person well enough to know what they think is cool. I heard a story about a girl who had two dozen balloons delivered to the math class of a guy she wanted to ask to Homecoming. He barely knew her and was totally embarrassed by the balloons and all the attention. She might have thought it was an awesome way to ask him out, but he didn't appreciate it at all!

If you don't know what your girl or guy thinks is awesome, then you don't know them well enough to ask them out. You can go ahead and send in the clowns (or the balloons) but chances are… you're not going to get the response you were hoping for.

How would you answer "If I think someone likes me, but can't tell if he is playing games, how should I handle the situation?"

Take a look and see if the attention you're getting from him is something he lays on everyone, or are you really getting something special? A game player is an equal opportunity flirt. Those are guys who enjoy the game-playing and do it as an ego boost. Girls who don't get a lot of positive attention from guys are the most vulnerable to players. So that's worth watching out for. If a girl really can't tell if a guy likes her and she tired of wondering about it, I vote for the direct approach. She might say something like this to him. "You've been flirting with me and I'm just wondering, does this mean something or are you just playing games?" It takes an assertive girl to come out and ask, but what does she have to lose? Either he gets busted for playing games, or he gets serious and tells her that he really likes her. At least she won't be wondering anymore.

If someone is shy and gets nervous about asking the question "will you go to Homecoming?", is there an alternative way they can ask the other person to be their date?

Sure, you could ask a general-type question like, "So, are you going to Homecoming?" It's less direct and it won't set you up for rejection. If the person says "No", then you could ask, "'Cause you don't want to?"If they say "yes" you could say, "Got a date?" Both ways, the conversation will continue, and talking is always a good thing.

If the person you ask doesn't say "yes", it will probably be a disappointment. But the rejection may have absolutely NOTHING to do with you, personally. The person may be going out of town, or have other plans (not Homecoming) or agreed to go with someone else first. Hopefully the rejection came in a polite package. But even if it didn't, don't make a huge deal out of it. Show that you've got class and maturity and say, "OK. Thanks anyway." Don't tell all your friends and rehash every word and facial expression of the "No thanks" you got. It just makes it more of a traumatic event then it actually was.

If someone is asked to Homecoming but does not want to go with that person, what is the best way to say "no thanks?"

That's a tough one. One of my number one rules in life is this: "You don't have to be friends (or go out) with everyone who asks, but it is NEVER cool to be rude." It's also never a good idea to dish out something that you wouldn't want to receive, like a lie.So, the best way to handle an invitation you don't want to accept is to decline, politely. You might say something like this, "That's really nice of you to ask me, but no thanks." You don't owe the person a big explanation about "why" you don't want to go with them. Not necessary and way too awkward for you and them. Instead, just "Thank you for asking. But, no thanks."

If you can't find a date, what are some alternatives to still attending the dance?

Go with a bunch of friends who are also date-less. Dressing up is fun, being at an event like Homecoming is fun. Dancing is fun. And guaranteed you and your friends won't be the only singles there. Go for it!

What advice to you have for someone who is going on their first real date?

Hopefully you understand why the word "friend" is in the words 'boyfriend" and "girlfriend". Hopefully your first date is with someone you know and trust and with whom you have the basis of a friendship. If you've got all that going for you AND you're very clear about what you are and are not comfortable doing (yes, we're talking about alcohol, drugs, and sex) then you'll be fine. Enjoy!

Tell us more about your new book! 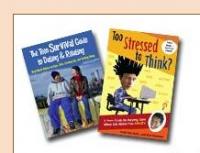 All I am free to say about the new book series, Going Your Own Way in Middle School and Beyond, is that there will be five books, the first of which will be published Fall 2008. Each one focuses on "Going Your Own Way" in areas that are problematic for young teens.

What was your motivation?

Simple! Middle schoolers have a huge transition issue; they are straddling childhood and teendom. For them everything is changing, FAST. Their bodies, their self-perception, their relationships with their parents, their friendships, their priorities, their addiction to peer approval, social pressure to date, not to mention the academic pressures and expectations other lay on them. It all can make them feel powerless. My series, will, hopefully, help them hold on to their sense of self so they can navigate the choppy waters. Throughout is a very cool comic strip written by me and illustrated by a fabulous young comic book artist.

Are there any other dating tips you can share with us?

Read my book, The Teen Survival Guide to Dating and Relating, And if you've got any dating questions, just contact me via my website.

0
Comments
© 2006-2020 LoveToKnow, Corp., except where otherwise noted. All Rights Reserved.
Awesome Ways to Ask Out a Girl or Guy