Knowing the cultural differences of teenagers can help you understand friends who are of a different ethnicity. With this understanding, you won't run the risk of being disrespectful. You'll also know if you're misunderstanding your friend's behavior.

The Expression of Cultural Differences in Teenagers

Attending a culturally diverse school means you will have to communicate with teenagers from different ethnic backgrounds. You'll notice cultural differences in body language and oral communication since these are the two ways that people express their beliefs and values. Being raised by parents who did not grow up in America can prove to be difficult when the customs and ways of thought are not the same as their American counterpart. Understanding your friends' cultural differences can help to ensure that you don't misunderstand one another.

Hispanic culture can affect that way that you interact with friends and their family. It can also affect your family relationships and school life. Learn the different cultural variations teens might experience.

Family comes first in the Hispanic culture. Teenagers stay close to home and have a stronger commitment to their parents. While Hispanic families are very dependent on each other, American families encourage their children and teenagers to be independent.

Since some Hispanic teens have such a strong tie to their family, they may show a similar commitment to their boyfriend/girlfriend. However, if the family does not approve of the relationship, the Hispanic teenager may be more apt to break it off out of respect for his/her family.

Hispanic individuals are comfortable with less personal space. They also will hold onto a hug or handshake longer. Stances like holding your hands on your hips can be seen as a hostile gesture.

Unique religions, dress, and family can play a large role in the life of a Middle Eastern teen. Learn how to appreciate cultural differences.

Family plays a large role in the life of Middle Eastern teens. Families are also typically large and have several generations living together. This can go beyond grandparents to uncles, aunts, cousins, nieces, nephews, etc. Therefore, their circle of friends typically includes family members.

While there are different religions found in the Middle East, Islam is a big one. Teens that adhere to the Islamic tradition might have a different style of dress, such as wearing a hijab. They might also be required to meet other religious requirements, such as praying five times a day.

Those from the Middle East might have a distinct body language that is different from Americans. For example, due to specific customs, teens may lower their eyes when speaking to the opposite sex or older generations. They'll also generally give and require a standard amount of personal space. Affectionate touching outside of the home is rare. 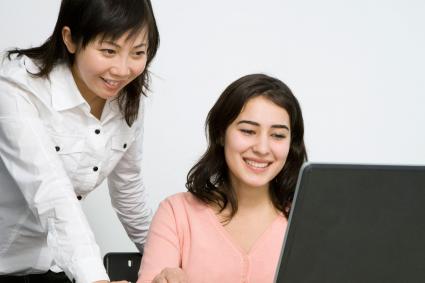 Some teens might have less time to socialize. Asian cultures and parents can place great emphasis on academic success. This means Asian teens might study six or more hours per week than an American teen. Understanding this difference and being open to your friend and their family expectations can take your friendship further.

Given the difficulty of academics and the emphasis placed on academic success, dating in high school is frowned upon within Asian cultures. However, if grades are maintained it may be allowed. Additionally, many people of Asian descent look towards the distant future rather than the near future as many Americans normally do. Therefore, many Asian teens are often more serious about relationships and will dedicate themselves to it for the long term.

Looking an Asian person in the eye can be seen as rude. While American culture appreciates eye contact because it means the person is paying attention, this isn't the same for your friends who are raised in Asian culture.

Do you have a friend from South Africa? Learn the ways that their family life, relationships, and body language might differ from yours. This will help you to better understand one another and deepen your relationship.

Family is important to South African culture, and their cousins might make up a large part of their social groups and friendships. This is because much of their time during the week is spent with family, but they do use the weekends to connect with friends from school.

Teens coming from a South African home might not only speak louder than American teens, but they could use a direct speaking style that can be misconstrued. Unlike American teens who might beat around the bush or use evasive tactics, direct styles get right to point and don't mind pointing out when you're wrong.

South African friends might stand closer to you when they are talking. This is because less personal space and touching are part of the culture.

European cultures have different customs for schools and leisurely life. The family dynamic is similar to American cultures, but there are distinct differences.

German parents value independence in their children. Teens are very independent and given more responsibility, according to Teen Life in Europe.

German culture offers teens more freedom in dating. The culture is more open about sexual relations and the use of contraception. However, Teen Life in Europe points out that while social and dating experiences are important in youth, family unity and romantic consistency are more important.

German teens might have a direct speaking style. This isn't to be rude, but a functional part of their culture. Honesty is very important to this culture; therefore, they might worry less about your feelings and more about being honest.

It's not a crime to be curious about your friends and their culture. Don't be afraid to ask them. Most teens will be happy that you want to learn about their culture to better understand them. If you notice a difference, don't just blurt out, "Why do you do that?" Instead, ask them how their culture varies from standard American culture. For example:

During the conversation, you can politely bring up some differences that you've noticed. This way you are having an open-ended conversation where you can mutually discuss your differences.

It's important to keep in mind that when learning about cultural differences of teenagers, you should not generalize the information. Every person is different, and no one fits into a cultural cookie cutter. The key to understanding cultural differences with your friends is to ask them for guidance. All cultures appreciate kindness and respect.