Despite what a lot of people believe, being a goth teen isn't all about death, black and eyeliner. Instead, it's a rich subculture with its roots in a specific style of music. In the decades since its inception, it has molded and morphed into a rich culture for free thinking, anti-conformist teens.

Many people believe that gothic teens are violent, depressed kids that wear black. That is a misconception. In truth, goth is a subculture that was derived from a specific kind of music with an ominous horror feel. The term was actually coined because of the English band Siouxsie and the Banshees around 1979. Many believe that it was an offshoot of the England punk rock scene. The goth movement got further publicity from singers like Marilyn Manson in the 90s. With roots in music culture, goth has morphed into it a diverse genre with unique variations. 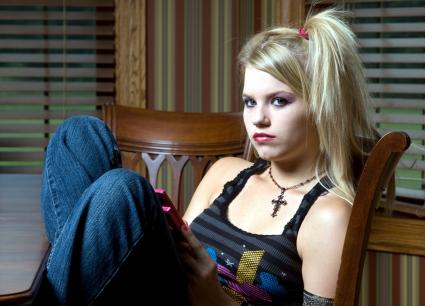 Trying to define the worldview of a goth is like trying to hold water in the palm of your hand. It's not easy. This is because goth teens aren't monolithic. There are different subgroups and genres across several continents. And the different views are as individual as the teen themselves. Instead, goth teens explore and appreciate the darker elements of nature, art, music, emotions and spirituality.

Being goth doesn't mean you start wearing eyeliner and worshipping the devil. The spiritual beliefs of goths are more diverse than that. While some goth teens might be Satanists, many goths follow Christian views. Still, others might explore Wiccan or Pagan religions.

It's all blood, guts and despair. That is not exactly true. The reason that many believe this is because goth teens appreciate and even celebrate things that might be considered unholy, barbaric and unnatural. This is found through their movie, music, art and even literature choices. For example, a goth teen might enjoy slasher flicks and horror movies. Edgar Allan Poe could be one of their favorite authors. They also might veer toward deviant art and paintings that depict death. That's not to say that they don't enjoy Frank Sinatra and Monet just as much though. 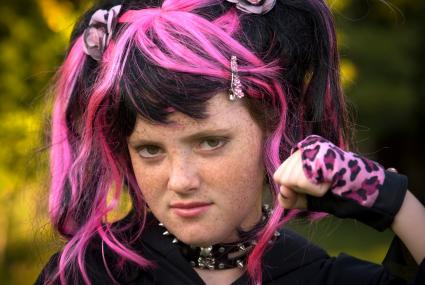 Since music seemingly started the movement, it makes sense that goth music is important to teens. Goth music is an umbrella term that can cover several genres, but it tends to be loud, shrill and eerie in some way. In some cases, you'll notice it has an otherworldly, dark melody. You may hear it referred to as deathrock, goth metal, darkwave or ethereal wave, to name a few. Some famous goth bands include The Cure, Nine Inch Nails, London After Midnight, Christian Death and Sisters of Mercy.

Even in this area, individuality is accepted within the subculture. There are some who are extreme in their style and are easily identifiable as gothic teens, and those that may only wear one or two Goth clothing items or accessories. It is important to note that the goth lifestyle has been going on for many decades now, and many changes have occurred in the fashion world, which have influenced Goth clothing trends. That being said dark clothes, goth makeup and corsets aren't out of the realm of possibility. A goth teen might also explore multicolored hair, studded accessories, chunky jewelry, piercings and tattoos.

It's All About Expression 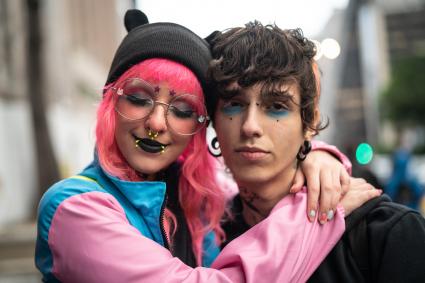 While goth teen personalities typically are understood to be sad, depressed or angsty, this isn't entirely true. Many goths are nonconformists going against the grain and exploring their self-expression through the way they look and carry themselves. However, there are studies that show that a goth teen might have a higher likelihood of having problems with bullying and emotional issues, which drew them toward goth culture.

While you might think that goths are just following a trend, this isn't the case. Goth teens tend to be freethinkers who are drawn to the darker side of this culture. It is also important to note that many goths have good relationships with their parents, grandparents and siblings. They haven't crossed over to the dark side per se; they just express themselves differently.

Not Only for Teens 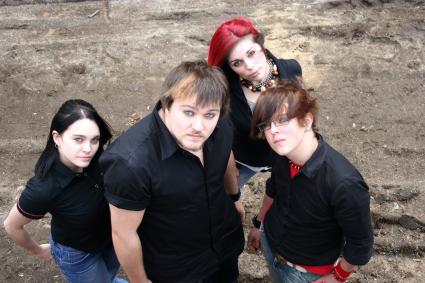 Many people that find the goth culture stay goth into adulthood. Being a nonconformist doesn't just cease to exist when you hit 20. Goth becomes a part of who you are. This subculture has been around for several decades and you'll be surprised to find out that your teachers, parents and even grandparents are goth.

Are Goth and Emo the Same?

While goth and emo both find their roots in music, these two subcultures are different. Emo teens, per their name, are characterized as highly sensitive or emotional. These teens might veer toward thrift store clothes and unnatural hair. But being emo is generally less extreme than goth culture.

When you see a teenager that you think is goth, you might throw them into a small stereotypical bubble. But the truth is that goth can mean different things for a teenager. Not all goths look or act the same. They're just an individual that appreciates the darker side of life.

1
Comments
© 2006-2020 LoveToKnow, Corp., except where otherwise noted. All Rights Reserved.
Resources, Advice & Tips for Covid-19
Read More
What Does It Mean to Be a Goth Teen?