Boost school spirit with these homecoming ideas for floats. No matter how much planning and hard work it might take, the end result is sure to be a success if you choose a design that's fun to create.

The most memorable homecoming floats are often the ones that incorporate unique elements and class members as part of the float. Typically, the entire school chooses one cohesive theme for the floats then each grade level picks a theme within that broader category.

Homecoming is nothing without school spirit. Infuse some life into your float by using your school's colors in creative ways.

Create an interactive float that feels more like a music festival to get the crowd dancing and having fun with you. Choose a specific music festival and copy their logo using your class name instead of the festival name or make your float look and feel like a live concert. 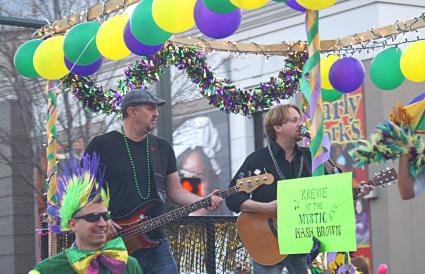 A patriotic float is obviously a simple one to decorate, but with a few unique touches, it can be transformed into something unexpected. You'll not only show your class pride but pride for your country too.

Host a luau on your float that features classic luau items and decor in school colors.

'The Class, The Myth, The Legend' Floats

Use mythological creatures and legends as the theme for your epic float that gives your class legendary status. 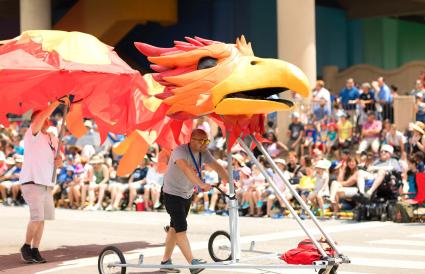 Even if your parade is during the day, you can make an awesome glowing float like no one's ever seen before!

Creepy shows like "Stranger Things" on Netflix make great inspiration for an intimidating float. Use iconic things from the show to decorate your float.

Turn today's most popular YA novels into class floats by decorating your trailer to look like the book's cover.

You've probably heard of a color run where people get doused in different colors while running a 5K, but have you ever seen a color bomb float? Use a slogan like "Senior Class is THE BOMB!" 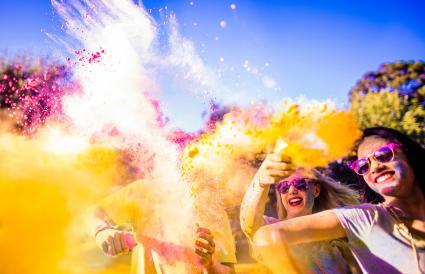 There are tons of stereotypes about teens you could use as the theme of a float. Use your slogan to make a statement about how the stereotype isn't true.

Homecoming parade floats seem simple, but they require a lot of planning, hard work, and teamwork. If you want to win Best Float, follow a few tips and tricks to stand out from the crowd.

Show Off Your Class

The whole point of your homecoming float is to show off the creativity, personality, and work ethic of your class. Give the other grades a run for their money when you start with a winning homecoming float idea then make it a reality.