Unfortunately, there are many statistics of teenage drunk driving, and they are both frightening and preventable. Understand the statistics on why teenagers drink, how that leads to them getting behind the wheel and the deaths this could cause.

Why Do Teens Drink and Drive?

Statistics suggest that 37% of teenage deaths in car accidents are related to alcohol. According to the CDC, motor vehicle crashes remain the number one cause of death among teens aged 16-19. Even further exacerbating the situation, 70 percent of teens still drink alcohol. Why? The following are some reasons why teens drink:

Everyone Is Doing It

Even though the drinking age is 21, alcohol is available to teens. It's found that it's easier for girls than boys to get alcohol but both age groups can get their hands on it at fairly young ages. Many times, children get alcohol from their parents without them knowing. This happens in about 2 out of 3 cases.

Curiosity and the lack of impulse control tend to lead children in some of their behavior. This is due to the developing brain in a teenager. Unlike an adult, they need guidance to lead their curiosity in the right direction. If not, it can lead to destructive behaviors like drinking.

Mass media along with misinformation among teenagers can lead teens to believe that underage drinking is all right. Additionally, parents allowing their kids to have a drink or two with them or just a sip could lead teens to think they can handle drinking. However, their lack of brain development and the altered state contributes to risky behaviors like driving while under the influence.

The statistics of teenage drunk driving generally fall into one of three categories. Exploring these categories in depth can show patterns found in teen drinking and driving.

Explore how teen driving habits and gender can be risk factors for drinking and driving. Take a look at these statistics: 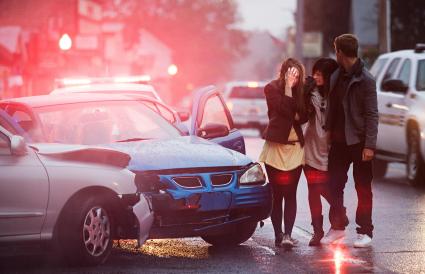 Teens Drunk Behind the Wheel

Drunk teens getting behind the wheel of a car are dangerous. Take a look at statistics to understand how dangerous.

When drunk teens get behind the wheel deaths can and do happen. Understand the statistics of this deadly decision.

Teens Who Are Drunk Should Not Drive

There is no reason why a teen should drink and drive. There are always other things that can be done rather than getting behind the wheel. Don't let peer pressure or other influences affect the decision to not drink and drive. While part of being a teen is making mistakes and growing up, drunk driving is a mistake that you may have to carry with you for the rest of your life.