Each generation of teens has unique slang terms and catchphrases. If you are a parent to a teen or are around teens, then you probably would love a guide to what those teen words mean. Not only will this help you interact with them by entering their world, but you'll have a better understanding of the new language your child is speaking.

Slang words can be tricky to decipher and can have multiple meanings. In a survey LoveToKnow conducted of 20 teens ages 16 to 19 in the Midwest, there were some slang terms that came up again and again as favorites. These slang terms were cross-checked against the Online Slang Dictionary and Internet Slang. The most popular words, along with some updated ones are listed below.

This stands for greatest of all time.

This means best friend or family. It is similar to saying dude, bro, or bestie.

This word has been around for a while but seems to be making a resurgence in popularity. Bae simply means boyfriend, girlfriend, or someone very much loved by the person.

Example sentence: "Lauren is bae. I love her."

This word is used in place of "though" for more emphasis and probably also because teens like to use unique words.

If you're being difficult to deal with, then teens may use this term to refer to you. It basically means you are a high-maintenance person.

Example sentence: "My mom's being so extra today."

FUBB is an acronym and stands for "Fouled Up Beyond Belief." Typically posted on social media as just the acronym to signal a mistake.

This word is a combination of hungry and angry. According to Urban Dictionary, the word has been around since 2007, but it seems to have reappeared among the teens surveyed for this article and is still being used regularly.

Example sentence: "I need to eat. I'm getting hangry."

To throw shade at someone means to give them a dirty look.

Example sentence: "Melissa just threw shade at Ian. They must be fighting."

Pop Sugar indicated on October 11, 2015, that "ship" is a slang term teens are using. Although this is slang that was originally popular in the 80s, it seems to be making a comeback. It essentially means you'd like to see two people in a relationship.

You've probably heard teens say "on fleek," such as that their eyebrows are "on fleek." That simply means that they are on point, looking good, the best eyebrows you've ever seen. Snatched is the new slang term that means the same thing.

Example sentence: "Her outfit is snatched."

A group of friends that the teen regularly hangs out with. These are her closest friends or friend group.

Example sentence: "I'm going to the game with the squad tonight."

This phrase means the person is just trying to get attention and often in desperate and not very attractive ways.

Example sentence: "I can't believe she did that. She's just thirsty."

This is simply the word "yes" with a lot of emphasis. If a teen is excited about something, then she might say this or post it on social media.

This means to throw away or remove quickly. This can also be used to express excitement or to point out when someone is destroyed in a video game context.

Example sentence: Noah shouted "yeet" when he beat his friend in Fortnite (a video game).

This means to be culturally in touch and enlightened regarding current societal issues.

Example sentence: "You need to get woke."

This is someone's reaction when someone says something that shocks or surprises them.

Example sentence: "This lady was yelling at a Starbucks employee and I was shook."

This means someone is in really good physical shape.

Teen Slang to Watch Out For

While the words above definitely shouldn't alarm you, there are some versions of teen slang that parents should be aware of. Drug references, cruel behavior, and slang that refer to having sex are all things you want to be tuned into.

This is a phrase that is actually quite old, but the younger generation has rediscovered it. Ice Cube uttered the line in the movie Friday in 1995. It didn't really gain much traction until late 2014 when VH1 started using it as a hashtag to promote their reality show by the same name. It caught on with teens and has gained popularity in the last year.

The phrase is a way to dismiss someone who is not considered important. So, if the person says they are leaving, no matter what their name is, the response is:

This is another word that has been around for a while, but thanks to Miley Cyrus crooning about her and her friend "Molly," teens have discovered a whole new meaning. According to NIDA for Teens, Molly is a term that stands for the drug MDMA. If you hear your child referencing "Molly," pay close attention. Every teen surveyed for this article knew exactly what a Molly was and had heard the term before.

Example sentence: "She took Molly at the party."

This is code for having sex with someone or hooking up. If your teen uses this phrase, they are most likely discussing sex.

Example sentence: "I'm going over to Jeremy's to Netflix and chill."

If you hear your teen saying this phrase, then it's probably time to have a conversation about drinking, drug use, and drunk driving. This phrase means to be drunk or high.

Example sentence: "I got completely turnt last night at the party."

This means marijuana. If you hear your teen talking about this, it's a good idea to discuss drug use. 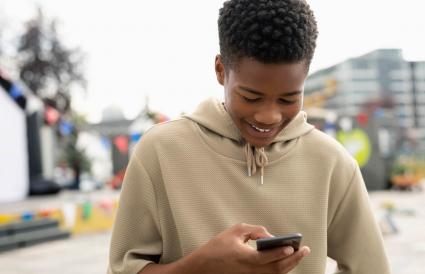 Texting slang tends to be written in abbreviations or shorthand to get the texter's point across quickly. Texting slang may also include emojis.

This means in total agreement.

Example text: "Should we go out tonight?"

This means as f**k. It is used to add emphasis to whatever is being said.

This image means penis. This emoji is typically used when talking about sex or referencing a sexual partner.

This emoji is used when something is "fire" or awesome.

This is used as a shorthand for babe or baby.

This means please in shorthand.

Keeping Up With Teen Slang

Most teens do not want you to use this slang with them in everyday conversation. However, it is important to your teen that you understand their language. Most teens will tell you what something means if you ask and show an interest in what they have to say. Spend enough time talking with your teen, and you'll unlock an entire dictionary of teen slang.