As a parent, it can be difficult to tell the difference between typical teen behavior and more serious acting out. Since some teenage behavior problems can be dangerous and have lasting consequences, it's important to know what you're dealing with. Learn how to spot problem behaviors and what to do if you're concerned about your teen.

Is the Behavior a Problem?

During the teenage years, children experience a lot of physical and emotional changes, which can result in mood swings, aloofness, and a need to assert their independence. According to the Centers for Disease Control and Prevention (CDC), these feelings and behaviors are a normal part of your child's development and are actually essential for making the transition into an independent adulthood. However, the CDC cautions that mood issues, especially depression, can lead to more serious behavior problems in some teens.

Georgetown Behavioral Health Institute helps to define the difference between regular teenage rebellion and dangerous behavior problems. If your teen is showing some or all of the following symptoms, it's a good idea to speak with a mental health professional about his or her behavior:

Ultimately, problem behaviors are those than can have lasting negative consequences for your child.

The following behaviors can indicate a serious problem. If you notice that your teen is struggling with one of these issues, contact a mental health professional right away. 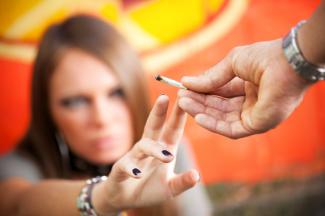 According to the National Institute on Drug Abuse, 63.5% of high school seniors reported that they had consumed alcohol in the last year, and 36.4% said they had used marijuana. These numbers indicate that drug and alcohol use and abuse is a continuing problem for many teens, especially since kids' brains are still developing during these years. There are a few signs to watch for if you suspect your teen may be using drugs and alcohol:

For more information on how parents can help with teen substance abuse, visit Drugfree.org. If you have concerns about your teen's use of drugs or alcohol, talk to your teen and contact a mental health provider or your family doctor.

Exhibiting Symptoms of an Eating Disorder 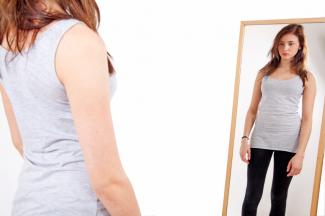 The National Institute of Health reports the 2.7% of teens struggle with some type of severe eating disorder. This number is even higher for teen girls, 3.8% of whom have anorexia, bulimia, or another eating disorder. Although eating disorders can take many forms and be caused by a variety of factors, there are certain signs that indicate your teen may be in trouble:

If you are concerned about your teen's eating and suspect an eating disorder, contact your family doctor right away. It's also important to speak to your teen directly, but be prepared for an emotional reaction. Your doctor can assess your teen's health and recommend treatment with a mental health professional or a specialized treatment center.

Although most parents would prefer than their children remain celibate throughout their teen years, the fact is that almost half of teens experiment with sex in high school. According to the Centers for Disease Control and Prevention, 47.4% of high school students have had sex. Of those, 39.8% did not use a condom and 76.7% did not use some type of hormonal contraceptive like the birth control pill. Since unprotected sex can lead to sexually transmitted diseases and unplanned pregnancy, this is a problem behavior. Here are a few signs it may be happening:

As a parent, it's very important that you speak with your teen about safe sex and offer advice. It's also essential that you listen to your teen. Becoming sexually active during the teen years can have emotional, as well as physical, consequences, and your teen may really need your support. If you are comfortable with the idea, you can also consult your family doctor for advice about contraception. 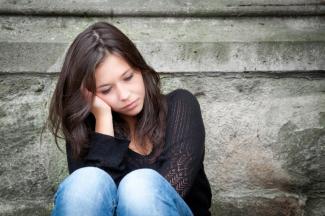 With the hormonal changes and social pressures that go along with the teen years, many teens struggle with their moods. However, for some teens, this mood instability is more serious. According to the National Institute of Mental Health, 11% of adolescents suffer from a depressive disorder. Here are a few signs that your teen may be among them:

If you suspect your teen is seriously depressed, get help right away. You can contact your school or doctor for a local recommendation, or you can get help from Mental Health America. 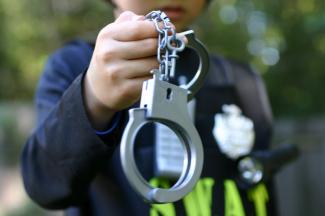 According to the Centers for Disease Control and Prevention, teenagers account for about 10.2% of all violent arrests. While this number may not seem as high as other teen behavior problems, the consequences are very serious. These teens face physical, emotional, and legal consequences of their actions. Here are a few signs that your teen may be engaging in this type of behavior:

If you are concerned that your teen is involved in illegal activity, talk to officials at the school or at your local police station. A mental health counselor may also be able to help your teen get back on track. If your teen has been arrested, Focus Adolescent Services recommends that your ask lots of questions and work closely with your teen's caseworker and legal counsel.

You Know Your Teen

The teenage years are a challenge for every parent, and it can be difficult to differentiate between a behavior that is disrespectful and difficult and one that is truly dangerous. Ultimately, your parental instincts will be your guide. As his or her parent, you know your teen better than anyone else, and you can offer the greatest support and advice. However, in cases where your teen or another person may be in danger, it's always a good idea to talk to a mental health professional, doctor, or educator.