Should teens have a curfew? The topic of teenager curfews is usually a controversial one. Parents impose curfews to protect their teens, and teens often feel this is an unfair limitation placed upon them. Curfews imposed by state and local governments are even more controversial because it is not only teenagers who disagree with these laws, but many adults as well.

Teen Curfews Are a Traditional Rite of Passage

Teenager curfews have been around for centuries as the adult population has tried to keep adolescents safe. Most adults can remember being annoyed when hearing their parents tell them they had to be home at a particular time. Many adults also experienced being "grounded for life" for violating a curfew. Adhering to a curfew is one of the first ways many people learned to handle the responsibilities that go along with freedom.

Why Teenager Curfews Are Necessary

Parents have many motivations for imposing curfews on teenagers. The first one is because they care for their teen and want them to be safe. Parents have a responsibility to their children both morally and legally to keep them safe and monitor their activities. It is also a matter of social courtesy to know when to expect a teenager to be home. Parents need to know when their child is coming home so that they can get some sleep.

Often, it is not the behavior of the teenager that is of concern to a parent, but the behavior of other people and how it will impact them. For example, driving home at 11:00 p.m. is usually much safer than driving home at 2:00 a.m. when the bars have closed and the instance of people driving under the influence increases. Drunk drivers create a life-threatening hazard as they try to make their way home. A curfew is also a way for a teen to gracefully get out of an unsafe or unpleasant situation. Sometimes, it is just nice to have a reason to leave. It is also important for a parent to know when to expect their teenager to come home. If a parent is not expecting their child home at a particular time, they have no way of knowing if their child is in trouble or needs help. It is a good idea for all family members to tell someone where they are going and what time they will be home. This eliminates worry and increases safety.

Growing up is a process. Following social rules is an important part of that process. The teen years are the time when a person is becoming a young adult who needs and should have the freedom to learn about life. Creating a safe environment to do this learning is a tough job. Teens need to be aware of natural consequences for not following rules as well as the consequences imposed by parents. Losing phone and computer privileges are much less damaging than spending time in jail. It takes time to learn a concept and put it into practice, but having a stable environment to learn in will allow a teenager to become a responsible young adult.

One of the reasons for imposing a teenager curfew is because of laws concerning curfews in some communities. Often curfew violations are quite expensive and time-consuming. Parents are held responsible for their child's behavior and have to appear in court, pay heavy fines, and sometimes attend classes or perform community service along with their teen. The efficacy of a curfew in crime prevention is the topic of debate at many city council meetings, but if the law is in place, it will be enforced.

Setting a curfew teaches teens how to manage their time and plan ahead. With curfews, teens have to take into account how far away their destination is, how long they can stay there, and how long it will take them to get back home. This is a great skill that will certainly come in handy as they reach adulthood and have to keep track of their schedules, manage traffic, and be on time for class, appointments, and their job. 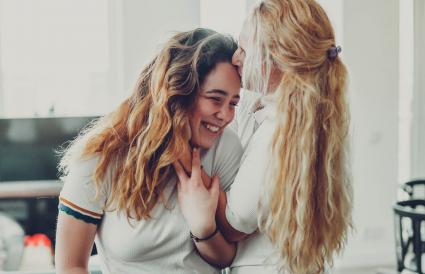 Until a teen is 18 or living on their own, parents are responsible for making sure they get home safely. A curfew allows parents to have some comfort when it comes to their child's wellbeing. If a parent knows when their child will be home, they can rest a bit easier knowing that there is mutual trust. A teen who continues to be consistent with their curfew can maintain a trusting, open relationship with his or her parents.

A Spoonful of Sugar

A parent should help their teen understand why the curfew is in place and be clear about what the penalty for breaking curfew will be. Teens should be allowed to negotiate their curfews for different activities and understand that they are earning their independence by being trustworthy and mature. By rewarding responsible behavior, a parent will encounter less resistance to enforcing rules. No teen is going turn cartwheels when a curfew is imposed, but understanding the rules will make them easier to follow.