Safe and sober grad night ideas help teens celebrate the end of high school in a low-risk way. School or parent groups typically plan and run the all-night grad night party at the school or another local venue after the graduation ceremony.

When planning for a grad night party, look for games that are unique and can involve large groups of players. This will get teens excited to play graduation party games that feel more mature than simple kid's games and give everyone a chance to have fun together.

Get grads prepared for adulthood with a fun relay race that illustrates the typical milestones in adult life in silly ways. Split all the attendees into equal groups and choose about five legs from these options. One player from each team will leave the starting area and complete the task for their leg then return to the starting area and tag the next player. Each leg should have its own pre-set station with enough materials for each team.

It's no secret many college kids play certain games at parties and high schoolers probably already know about them. Create your own sober version of Beer Pong using uncommon drinks. You'll need a long table, plastic cups, a variety of drinks, and several ping-pong balls. You can set up multiple versions of the game on different tables and host a tournament to make it more exciting. 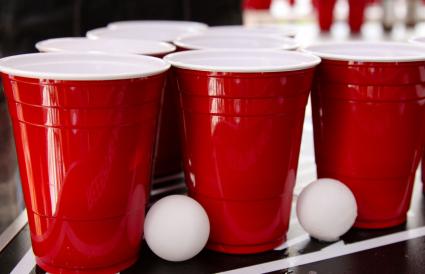 Celebrate teamwork and togetherness with classic giant games that use graduates and game pieces. Use tape to create the game board on a large, open floor and provide the required number of players and basic instructions. Classic games that can be easily converted to a giant, human group version include:

Get the whole group playing together with a fun group game like Indoor Laser Tag. You'll need glow necklaces and three laser pointers to play. 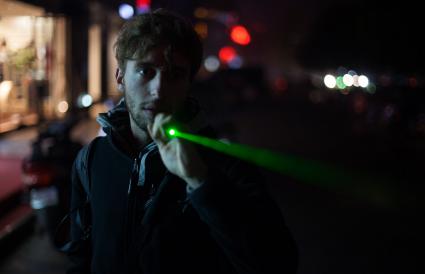 In addition to fun games, you'll want to have some cool activities for kids who need a break from being active or want some quieter time with close friends.

Every great grad night includes free prize raffles for the graduates. You can usually get local businesses to donate prizes teens can use as they enter adulthood. Prize ideas include:

Most grad nights are held in the high school because it's free and offers a last chance for graduates to roam the halls. If you need an outside venue for your grad night, look for places that are close by, have a lot of space, will be closed for your event, and are inexpensive.

Keep the grads going all night long with graduation party menu ideas inspired by graduation and intended to provide real energy. Provide drinks and snacks teens can graze on throughout the night.

Foods rolled up and shaped like diplomas tie the menu into the graduation theme.

A sugar high won't last all night, but it can provide a push toward the end.

Teens who want real energy without the crash from sugar can opt for these protein-packed snacks.

Keep the graduation celebration going long after the ceremony with fun and unique high school graduation party ideas. Think about who you'd most like to celebrate this occasion with, then plan one last memorable experience to share after graduating high school.