Money management and financial literacy are life skills teens can't afford to live without. Start the conversation at home or in school with fun games about different aspects of handling money.

Take the classic card game Go Fish to a mature level when you incorporate credit card management. Using common credit card terms, each playing card takes on new meaning and players compete to end up with the best credit card offer. Gameplay is simple, but ending up with a winning card won't be so easy. If you have more than one deck of cards, get several games going with smaller groups in a classroom setting then have all players in the larger group compare their last card once all the games are finished.

Number of Players: Three to Seven

Objective: Keep the best card in your hand until the end of the game.

In this fast-paced card game players race to balance their budgets before anyone else runs out of cards. Budgeting seems like a simple concept, but they get complicated by unexpected expenses and changes in income. This game gives teens a real look at how difficult balancing a budget can be. Go over the rules and set up a few times to make sure everyone understands how to play as this game is a bit more complex. 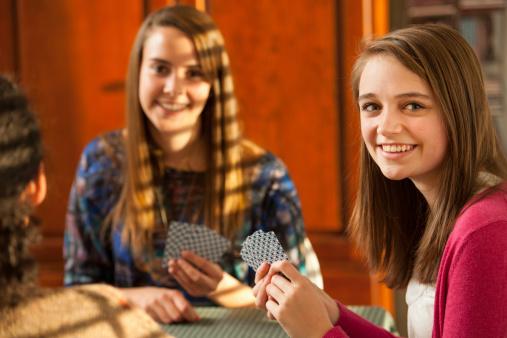 Number of Players: Two to four

Objective: Be the first player to balance your budget and run out of cards.

In this role-playing game, teens use clever strategies to convince others their company is a good investment. This take on Two Truths and a Lie will get players thinking about marketing ploys and weeding out the facts when making large financial decisions.

Number of Players: Eight to twenty

Objective: To make the most money on investments.

As teens grow and mature, they'll understand they can't survive in this world without basic money management information. Give your teens a successful head start on adult life in terms they'll connect with using fun games and activities.