Get teens into the game with printable Bingo games featuring musical themes. Music Bingo cards and themes focus on one topic that has a profound impact on teenagers. From popular dances and artists to musicals and music genres, you can challenge teens' musical knowledge with fun and simple Bingo games. Click on the image of the game and use the troubleshooting guide to download and print the music Bingo you want to try.

Test your knowledge of the trendiest dance moves that have been featured in video games like Fortnite and viral videos. Many of the 24 dance moves included on these ten DANCE cards come from popular line dance songs and songs with dance moves in the lyrics. 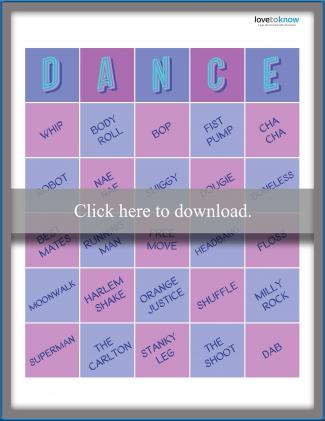 To make the game more fun and interactive:

Any teen who listens to the radio or popular music should be able to match the famous artists to their famous songs from the late 2010s in this music trivia Bingo. Ten SONGO cards feature 24 different popular songs and the include call out cards have the names of 16 popular artists. Some artists are represented by two songs on the SONGO board and teens can cover them both when the artists name is called. 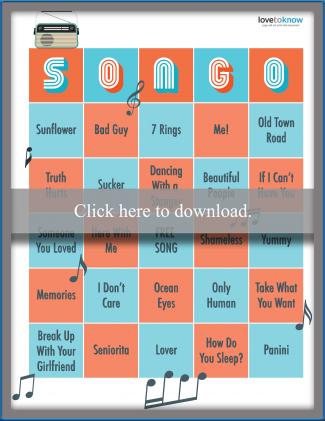 Whether you're playing at a teen's music themed birthday party or in class, making the game interactive makes it more fun.

Jukebox Bingo games are played without call out cards because you'll play bits of songs instead of calling out words. You'll need to prep ahead of time and load your music player with a variety of songs from the 12 different music genres illustrated on the GENRE boards. 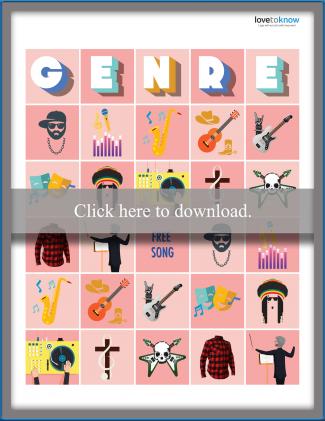 You don't need an actual jukebox to make this game fun, but there are other elements you can add. 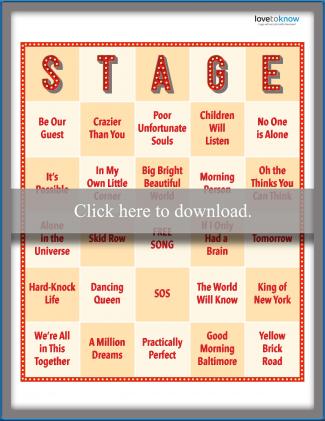 Since the game is all about musicals, it will be more fun if it includes musical performances.

Teens, parents, and teachers can make music Bingo games fun by adding appropriate accessories and having lots of music on hand during the games.

If you are making your own music Bingo game, one of these themes could be fun and appropriate for teens.

Instead of dabbers or classic bingo chips, look for music-related items teens can use to cover spaces on their Bingo boards.

Have Fun With Music

Musical Bingo games are great for youth groups, teen nights, high school music classes, and even teen birthday parties. Have fun with music and take the challenge to see if you've got what it takes to win musical Bingo.