Every teen's reading list should feature a good mix of genres and subjects, particularly those that offer coming-of-age themes to help navigate the real world. This reading list features popular and award-winning books that offer young adults the chance to do some self-reflection. 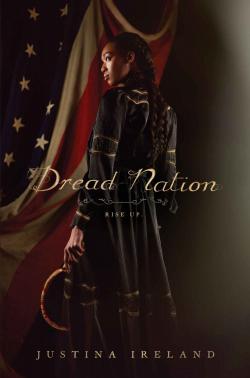 It's Sci-Fi meets historical drama in Dread Nation by Justina Ireland. Published in April 2018, this young adult fantasy novel has already become a New York Times Bestseller and earned several starred reviews. In this fictional retelling of history, the Civil War ends in a truce because white people need former slaves to fight a new war against the dead. Main character Jane McKeene is a black teenage girl shipped off to a combat school to learn how to fight the undead shamblers. The novel presents a version of a zombie apocalypse that also speaks on important topics like racism, feminism, and classism.

Published in 2017, Soldier Boy by Keely Hutton is just over 300 pages of non-fiction mixed with fiction. Part of the novel follows the true experiences of teenager Ricky Anywar as a child soldier in Uganda during their Civil War in the late 1980's, while the other part takes place in the early 2000's and follows a character named Samuel as he is rescued from a life similar to Ricky's. Although the topic is tough, the story examines all aspects of humanity, hope, courage, and resilience relevant to today's global climate. It earned a starred review from Publisher's Weekly. 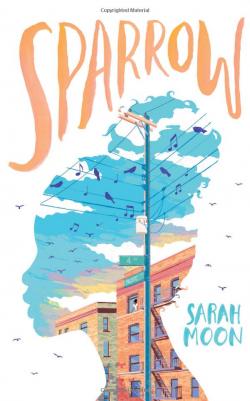 Mental health concerns affect teens in record numbers, and Sparrow by Sarah Moon helps readers gain insider access to the mind of a teen girl dealing with intense emotional pain. In just under 300 pages, readers meet eighth-grader Sparrow Cooke who lives in Brooklyn, NY and finds comfort in imagining herself flying like a bird. Those around her mistake this behavior as a suicide attempt when she's found on top of a building. As she's sent through evaluations and treatments, Sparrow shares insight into topics like social anxiety, loneliness, coping mechanisms, and the courage to overcome it all. Sparrow is listed by the Young Adult Library Services Association (YALSA) as a 2018 Top Ten Best Fiction book for young adults.

The Hate U Give

New York Times Bestseller, The Hate U Give by Angie Thomas examines the timely topic of police shooting unarmed black teens and fitting in. Starr Carter is the sixteen-year-old main character who lives in a poor neighborhood but attends a suburban prep school. As the only witness to the questionable shooting of her best friend, Starr struggles to figure out who she is, where she belongs, and how to approach tough topics like social justice. Although just published in 2017, a movie based on the book is set to release in October 2018.

A Tree Grows in Brooklyn 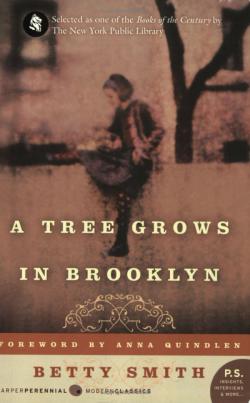 A Tree Grows in Brooklyn

Betty Smith's A Tree Grows in Brooklyn is a classic coming-of-age story featuring a female lead. Published in 2005, the book was selected by PBS as one of the 100 Most-Loved books for The Great American Read. In 1912, Francie Nolan is eleven years old and living with her eccentric family who often find trouble but remain loyal and bound. The novel features strong female characters and themes of family, poverty, gender roles, and perseverance.

Lois Lowry's classic novel, The Giver was published in 1993, won the Newberry Medal in 1994, and was made into a film starring Jeff Bridges in 2014. Despite being over two decades old, the book continues to resonate with teen readers. Jonas is a mostly typical boy living in a society with no emotion, no prejudice, and no choices. When he is assigned the unique job of Giver, he gets the chance to experience all of these things for the first time and decides to change his and another's fate. Teen readers explore the roles of family, society, and authority in finding one's true self and becoming that person.

The Catcher in the Rye 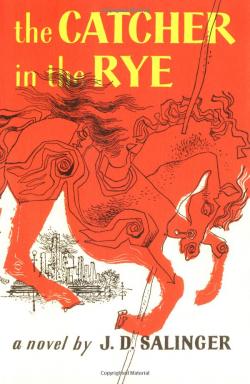 The Catcher in the Rye

Teens trying to make sense of the adult world around them relate to sixteen-year-old Holden Caulfield in The Catcher in the Rye by J. D. Salinger. Although published in 1951, the influential story explores the timeless concept of self-identity. After he gets expelled from school, Holden reflects on all aspects of life. This classic coming-of-age book was a finalist for the 1952 National Book Award.

The Absolutely True Diary of a Part-Time Indian

Time Magazine's number one choice for the best Young Adult books of all time is The Absolutely True Diary of a Part-Time Indian by Sherman Alexie. The 2007 novel follows teenager Junior who lives on an Indian reservation and struggles to reconcile his talents and ambitions with his cultural surroundings. The novel is based on the author's real-life experiences and touches on self-discovery, disabilities, and friendship.

Teens today live in a world that requires them to think as global citizens and pushes them to the forefront of important social issues. Reading books like these helps give youth a broader understanding of the lives of teenagers from different walks of life.