Peer pressure, body changes and hormonal changes may cause you to feel badly about the way you look. While you may have thought nothing about the way you looked a couple of years ago, as a teen, you may start to pay closer attention to your weight. While it's healthy to eat well and exercise to watch your weight, it's not healthy to overdo it or to purge food you've just eaten. These are signs of an eating disorder. Signs that Keisha Burton knows all too well, since she struggled with them as a teen herself.

LoveToKnow (LTK): When did your eating disorder begin?

Keisha Burton (KB): I was roughly thirteen or fourteen years old when I began struggling with eating disorders. The age when puberty begins and when girls begin to worry about their looks.

LTK: What was your experience with eating disorders like?

KB: I struggled with both anorexia nervosa and bulimia. When I was acting out these disorders, I was basically starving myself. My daily diet consisted of a handful of cereal for breakfast, a slice of bread with very little peanut butter on top for lunch, which I looked forward to, and a very small amount of whatever my mom cooked for dinner so that she would not suspect anything. I would purge the small amount of food I did put into my body by exercising twice a day, three hours each time and by taking laxatives and diuretic pills. I tried purging my food by throwing up, but I did not like how violent it felt.

LTK: What types of triggers would spark your disorder?

KB: What drove my eating disorders was the need I had to be perfect. Part of that meant meeting the standards of beauty the world has set, attaining what it defined as the perfect body. I learned the world's definition of the perfect body through magazines and television. Every magazine with an extremely thin girl gracing the cover and every skinny girl on television triggered my eating disorders. I am grateful that I now know the images in the magazines are not real (digitally altered) and that the skinny girls on television are not the ultimate definition of beauty. 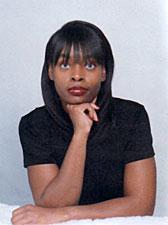 The Effects of an Eating Disorder

LTK: Did you ever have any health scares as a result of what you were doing?

KB: There would be times when I would be lying in my bed at night, and my heart would begin beating really slow and irregularly. I would close my eyes and pray to God not to let me die. But as scary as those moments were, I was so sick and in such deep denial that it did not stop me from starving myself.

LTK: What were some of the consequences of your disorder?

KB: Some of the physical consequences I suffered while I was active in my eating disorders were:

The consequences I suffer with today due to my eating disorders, although I am no longer acting them out are:

LTK: How did you start to get help?

KB: I realized I had a problem when I was in college. In one of my kinesiology classes, my professor gave a lecture on eating disorders, the signs of them and the consequences of them. For some reason, that day, even though I had spent years in denial, it clicked for me that I had a problem. With the help of friends and a lot of prayer, I struggled to overcome my eating disorders. It was not easy, and it did not happen overnight. In fact, I would strongly recommend to anyone wanting to overcome their eating disorders to seek professional help. Even after many years of being inactive, I am still struggling emotionally in some areas and am in the process of seeking professional help myself.

LTK: Who were your main supporters and how did they help you?

KB: My family was as supportive and helpful as they could be, but they did not understand what I was going through. My main supporter was my best friend. He kept a close eye on me. He constantly reminded me how beautiful I was, not just on the outside but on the inside as well. He also reminded me of all the dreams I had, and how I would not be able to fulfill them if I became active again in my eating disorders. Most importantly, he was always there when I needed someone to talk to, and he never judged me. My main supporter was God.

LTK: How did you feel when you realized you had a problem and needed help? 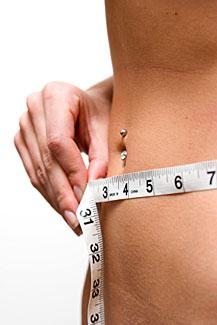 KB: When I first realized I had a problem and needed help, I was scared and lost. Up to that point, I had spent a great deal of my life and energy "fixing" my body because I thought something was wrong with it. The eating disorders were my entire life. When I realized I had been wrong all that time and that I needed help, that world, as dysfunctional as it was, was taken away from me. Everything I thought was the truth - that I was fat, and that I wasn't sick - was a lie, and I had to somehow face that and try to become "normal" when normal and I had never even met before. It was quite a shock and quite overwhelming.

LTK: How do you feel now? Do you continue to struggle with the disorder?

KB: These days I feel great. I eat, and I take care of myself. I understand now that what I was doing to myself, physically and emotionally, was harmful and wrong. However, even though I am not active in my disorders, I still struggle with them emotionally. There are days when I look in the mirror and see an overweight person, and I want to start "dieting" again, but the thing that keeps me from doing so, what makes me different now than when I was active in my disorders, is that today I know that the overweight image I see of myself is not real - it's just an illusion, and so I react accordingly by blocking it out.

LTK: Please tell us a little about your book.

LTK: How will your book help teens with eating disorders?

KB: My book invites the reader into the day-to-day, intimate thought processes of someone suffering with anorexia nervosa and bulimia. This can be helpful to teens who are suffering with the disorders by allowing them to see themselves in the protagonist and see how much harm they are doing to themselves and hopefully get help.

Teens who do not have the disorders but suspect they might know someone who does may also read the book, and get a better understanding of what the suspected person is going through and how serious it is and try to get them help.

It can also be read by the parents of someone suffering with eating disorders, so they can get a clear picture of what their child is thinking and, therefore, be in a better position to help them.

LTK: Do you have a tip or words of encouragement to teens who are struggling with an eating disorder?

KB: Sometimes it is difficult to give advice to someone struggling with an eating disorder because the majority of the sufferers are in such deep denial that they do not realize the advice or words of encouragement are for them. That being said, if teens are constantly being told by others they are skinny even though they think they are fat, and if they are eating very little and/or are purging food from their body (via vomiting, laxatives, diuretics, or excessive exercising), then they should seek help immediately. The most important thing I have learned is to love who I am exactly the way I am. That is the lesson I would like to pass on to teens struggling with an eating disorder, to love who they are exactly the way they are. No body is worth dying for. Besides, they are already perfect just the way they are because God created them.

Getting Help for an Eating Disorder

If you are suffering from an eating disorder, help is available. Speak to a trusted adult about how you feel so you can getting the medical attention you need. If you have no one to turn to call the National Eating Disorder Assocation hotline at 1-800-931-2237.